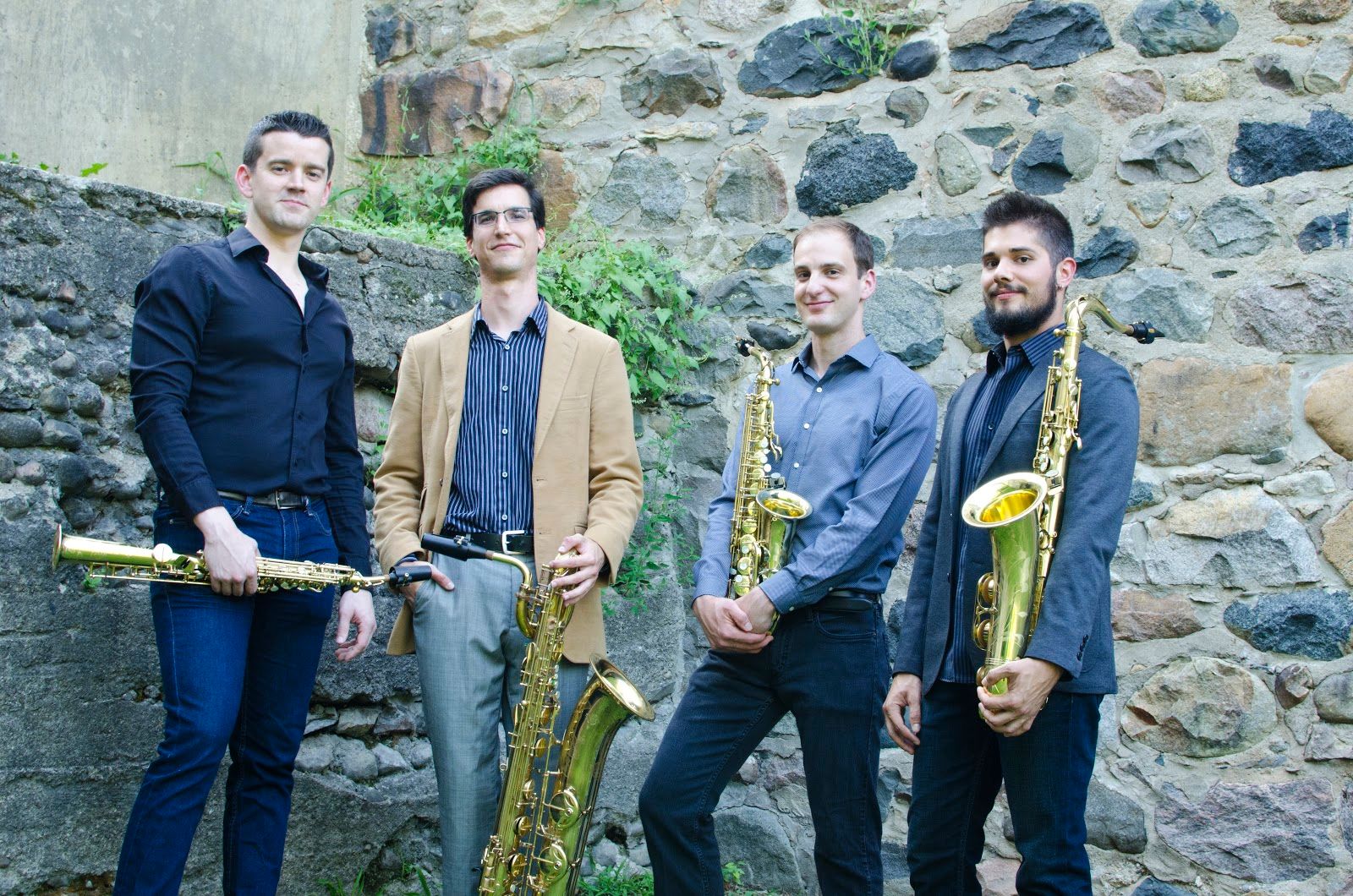 The group is named for its mentor, legendary University of Michigan Saxophone Professor Donald Sinta. The Donald Sinta Quartet’s repertoire is diverse, ranging from commissions by today’s emerging composers to standards from the saxophone quartet literature to transcriptions by master composers such as Beethoven, Dvorak, Schubert and Shostakovich. Don’t miss this chance to experience a classical saxophone quartet.

The traditional music of the countries and ethnicities represented here has not only had a lasting influence on chamber music composed following serious study of this music but has endured as a tradition that remains alive and vibrant. Beginning with great works of the chamber music canon that have heavily used the folk tradition, this program then proceeds to a catalog of great traditional music from around the globe arranged for saxophone quartet specifically for this program ending with highly virtuosic music and great fun.

The Sinta Quartet is a chamber ensemble of four saxophones dedicated to crafting the highest quality of chamber music performance, serving as advocates and ambassadors for the latest composers and repertoire from diverse backgrounds, and delivering this performance in a new and engaging fashion on the chamber music stage. By performing entirely from memory and creating a dialogue with the audience throughout the performance, DSQ strengthens an already palpable connection with its audiences. Having performed across the globe to audiences experiencing a classical saxophone quartet for the first time, DSQ has earned praise from audiences and critics alike for its virtuosic performances, compelling recordings and distinctive repertoire. Hailed as “…a tight-knit ensemble exploding with power and virtuosity and an un-concealable ambition to connect with its newly found listeners” (Boston Musical Intelligencer), “immensely entertaining…they really are superb musicians,” (Audiophile Audition), and for their “Astonishing virtuosity, subtly beautiful phrasing and exquisite ensemble,” (Palm Beach Daily News), the group is named for its mentor, legendary University of Michigan Saxophone Professor Donald Sinta.

DSQ formed, uniquely, by audition at UM during 2010 for the Michigan Symphony Band’s tour to China where they were featured in William Bolcom’s Concerto Grosso. Remaining together as an ensemble following this tour, early in their career the foursome were among the most successful chamber ensembles in the country on the competition circuit, garnering 1st Prize at the Concert Artists Guild Competition, Gold Medal at the 2018 Fischoff Chamber Music Competition, First Prize at the 2017 M-Prize Chamber Arts Competition, the Alice Coleman Grand Prize at the 2013 Coleman Chamber Music Competition and First Prize in the 2012 North American Saxophone Alliance Quartet Competition.

The Donald Sinta Quartet’s repertoire is diverse, ranging from commissions by today’s emerging composers to standards from the saxophone quartet literature to transcriptions by master composers such as Beethoven, Dvorak, Schubert and Shostakovich. In 2019 they released their debut recording, Collider, on CAG Records featuring new works for saxophone quartet. Their 2nd recording is forthcoming in February 2020 on the Bright Shiny Things label. Their radio appearances include New York’s WQXR, and Interlochen Public Radio, and frequent features on American Public Media’s Performance Today.​

Among the ensemble’s extensive educational outreach activities, they recently enjoyed extended residencies for Joplin Pro Musica (MO) and Anchorage Concert Association, both culminating with performances as part of their season series. Equally committed to education and community engagement, the quartet has presented clinics and performances at numerous colleges and universities including the University of Michigan, Michigan State University, Eastman School of Music, the University of Delaware, the University of Massachusetts at Amherst, SUNY-Potsdam’s Crane School of Music, and many others, as well as a residency at Grand Valley State University. DSQ has also presented workshops and performances at dozens of public schools across the US.

As advocates of new music, the quartet runs the National Saxophone Quartet Composition Competition, which selects two new quartet works from up-and-coming composers each year. Founded and still based in Michigan, DSQ’s members are all Selmer-Paris Artists and perform exclusively on Selmer saxophones.