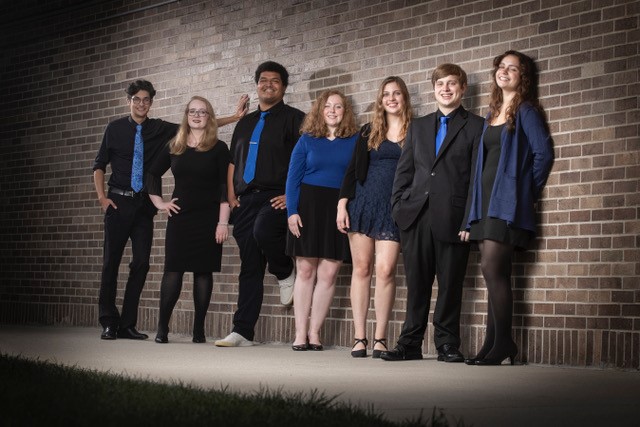 First Take, directed by Grammy-nominated composer and arranger Dr. Jeremy Fox, is a vocal jazz ensemble from The School for Music Vocations at Southwestern Community College (SWCC) in Creston, Iowa – the only vocational music program in the nation. Each year, these talented young musicians tour nationally to wide audience acclaim. They have won several awards from Downbeat Magazine, both as an ensemble and as individual singers, most notably in the category of Best College Vocal Jazz Group in 2019. Vesper Concerts is proud to present this energetic and virtuosic group from across the Missouri in Iowa!

First Take is a 7-member vocal jazz ensemble directed by Grammy-nominated arranger Dr. Jeremy Fox. The ensemble is the premier contemporary vocal ensemble from The School for Music Vocations at SWCC in Creston, Iowa. First Take sings a wide range of popular styles, both accompanied and a cappella. Along with performing and touring nationwide, First Take also headlines the SMV Real Group Festival each spring alongside the Swedish a cappella ensemble The Real Group. Three of the past five years of its existence, the ensemble has earned awards from Downbeat Magazine, twice as winner of the Community College category and once for an outstanding performance. And over the past three years, ensemble members have earned seven individual Downbeat awards. First Take is currently working on its third full length recording, and regularly releases audio and video on YouTube, and via our School for Music Vocations Facebook and Instagram pages. In summer of 2022, the ensemble will be involved in the 17th Annual SMV Vocal Jazz Camp (www.VocalJazzCamp.com) in Creston, Iowa – a week-long camp for high school students, directors, and enthusiasts. First Take sang at the JENerations Jazz Festival at the 2020 Jazz Education Network conference in New Orleans, and their director serves as President of the JEN Iowa Area Network and has presented clinics at the conference a number of times.

Grammy-nominated arranger Dr. Jeremy Fox earned his B.M. degree in Piano-Jazz Studies from Western Michigan University, and his M.M. and D.M.A. in Jazz Composition from the Frost School of Music at the University of Miami.  For 8 years, Jeremy was a full-time instructor at The School for Music Vocations, conducting vocal and instrumental ensembles alongside renowned arrangers Phil Mattson and Jason Smith.  He is thrilled to have returned to teach full time at The School for Music Vocations. 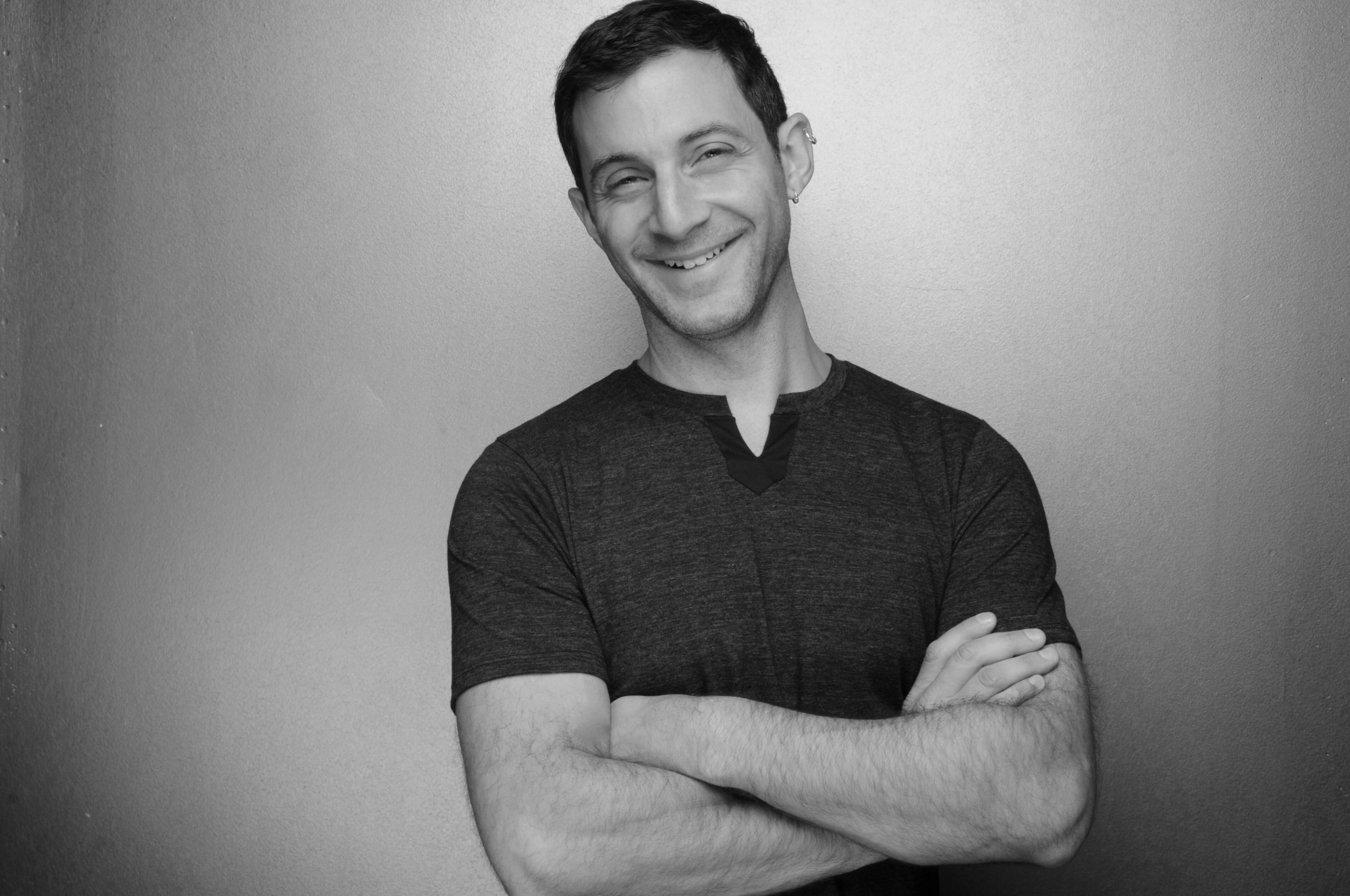 Jeremy has been the recipient of 10 awards from Downbeat Magazine, including awards for: Jazz Song, Jazz Arrangement, Studio Engineering, and for his Vocal Jazz Groups.

Jeremy publishes his compositions through his own company, Foxtrot Publishing, and is a member of ASCAP.  His choral & vocal jazz arrangements are published with UNC Jazz Press and with Sound Music Publications.  His charts have been premiered and recorded by such groups as Gold Company and GCII from Western Michigan University, Singcopation from Mount San Antonio College, Form from the University of Edmonton, Soundsation from Edmonds Community College, Folsom High School Jazz Choir I, Fairview High School Age of Guinevere, and the University of Miami’s JV1 and Extensions.

His orchestral, chamber and big band music has been performed for such artists as: John Secada, Theo Bleckmann, Terence Blanchard, m-pact, Cadence, and Metropolitan Opera singers Eric Owens and Denyce Graves. Twice in 2013, he conducted and was musical director for a concert of “Bossa Nova Sinfónico” with the Costa Rican National Orchestra and Brazilian singer Rose Max.  He has also twice acted as the guest conductor for the famed Henry Mancini Institute Jazz Orchestra, based in Miami.

From 2002-2010, Jeremy was the director of the SWCC Vocal Jazz Fest, helping it grow into a 2-day event, annually featuring more than 35 participating high school and college vocal jazz ensembles.  Under his directorship, the festival featured such guest artists as: The Real Group, M-Pact, Rajaton, Mark Murphy, Sunny Wilkinson, and the New York Voices. He now heads up the SMV Real Group Festival, which takes place each April at the School for Music Vocations in Creston, Iowa.

In Summer 2020, Jeremy will coordinate his 17th Annual SMV Vocal Jazz Camps in Creston, Iowa. The 16th Annual camp included 76 participants from 12 states and 3 provinces. He also is in his 11th year co-conducting workshops designed to empower vocal/choral directors each summer called The Jazz Harmony Retreat.

Jeremy is active each year as a clinician, presenting most recently at the national convention for the American Choral Directors Association.  He has also presented multiple times at the Jazz Education Network National Conference, as well as at state MENC and ACDA Conventions.  He has served on the faculty of the UNT Vocal Jazz Camp and the Steve Zegree Vocal Jazz Camp.  Jeremy has served as guest conductor of Honors and All-State choirs and vocal jazz ensembles throughout the U.S. and Canada.

Jeremy’s album “With Love” (Jazzbill Records) was released in Spring of 2014.  It features big band and orchestral arrangements for a phenomenal line-up of singers, including Kevin Mahogany, Kate Reid, Kate McGarry, Lauren Kinhan and Peter Eldridge (from the New York Voices), Anders Edenroth (from the Real Group), Derek Fawcett, Rose Max, Wendy Pedersen, and Sunny Wilkinson. It is available on iTunes and Amazon. His arrangement of “All My Tomorrows” featuring orchestra and Kate McGarry was nominated for “Best Arrangement – Instruments and Vocals” at the 57th Annual Grammy Awards.

I’m Glad There Is You:

The Times They Are a Changing: