Described as “not classical…but not not classical” (David Srebnik, SiriusXM Classical Producer), Invoke continues to successfully dodge even the most valiant attempts at genre classification. The multi-instrumental band’s other ‘not-nots’ encompass traditions from across America, including bluegrass, Appalachian fiddle tunes, jazz, and minimalism.  Invoke weaves all of these styles together to create truly individual music written by and for the group. 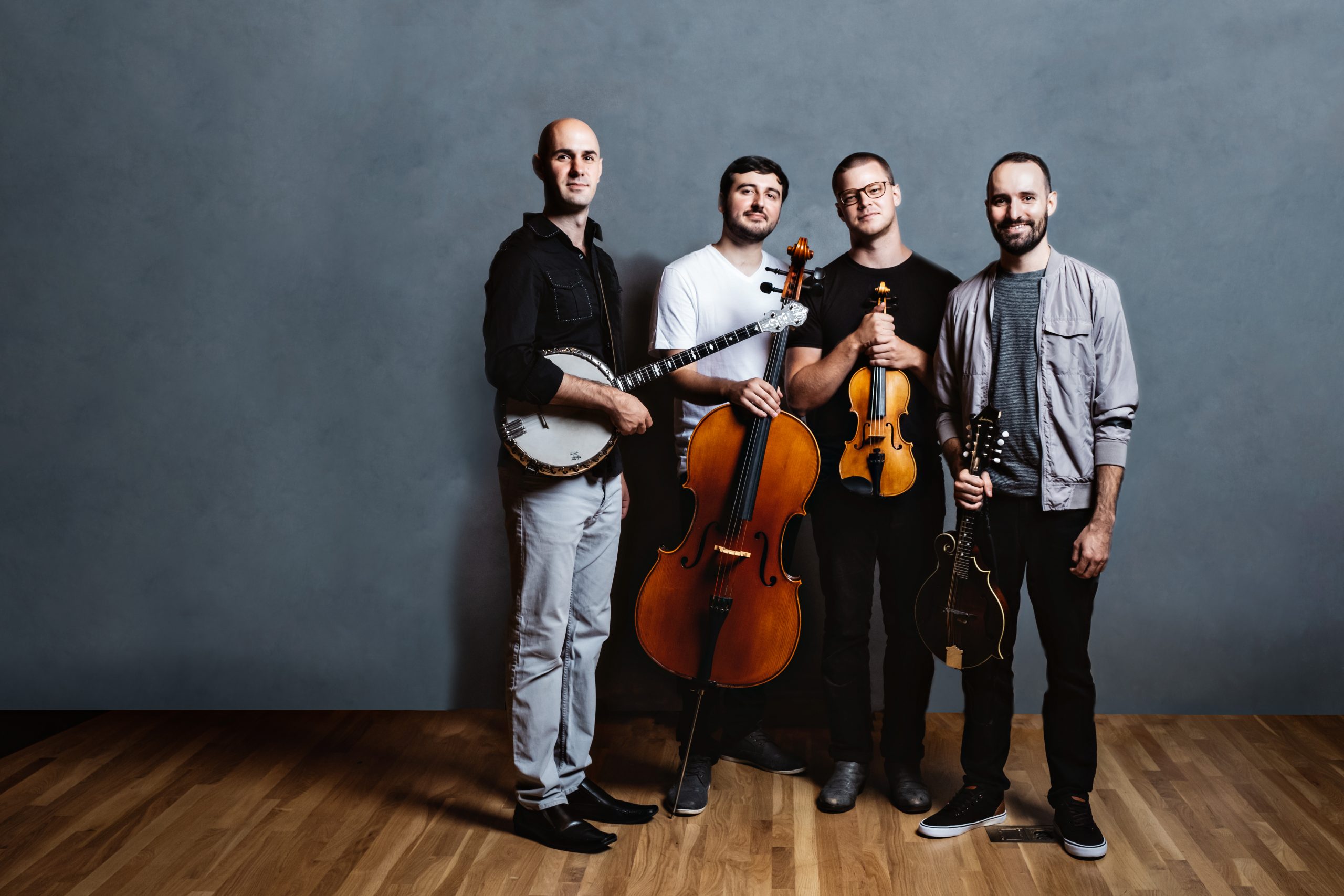 Invoke has shared the stage with some of the most acclaimed ensembles in the country, ranging from the Ensō Quartet to the U.S. Army Field Band, and has also appeared with musicians in greatly varying genres – from chamber rock powerhouse San Fermin to DC beatboxer/rapper/spoons virtuoso Christylez Bacon.

Invoke’s debut release Souls in the Mud, and their follow-up Furious Creek, both feature original works composed by and for the group, plus the quartet has also performed and recorded numerous world premieres. Invoke believes in championing diverse American voices, including their ongoing commissioning project American Postcards, which asks composers to pick a time and place in American history and tell their story through Invoke’s unique artistry.

Invoke is currently based in Austin, Texas.