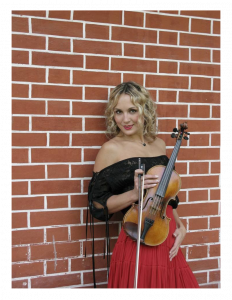 Olga Smola was born in Krasnoyarsk, Russia. She began studying the violin at the age of six, graduated from the Moscow State Conservatory in 2004, and finished her Ph.D. program there in 2012. Music has taken Smola around the world. Her solo touring credits include performances in Monaco, Spain, Belgium, Croatia, France, England, Azerbaijan, the United States, and throughout the Russian Federation. She has performed a number of times as a guest of the Russian Embassy in Washington, as well as the U.S. Embassy in Moscow.

A versatile violinist, Smola has played solo and ensemble concerts in many different styles of music, including classical, jazz, rock, and even electronic music as a ‘violin DJ.’

Smola is a winner of the 2nd Taneev’s International Chamber music competition as a member of “Alliance Trio,” and the 5th International Muse World Competition. During her career, she has earned grant funding from the Irina Arkhipova Foundation, the Fund for Russian Art in Music Performance, the Bistrizkaya Fund, and the Russian Federation’s Culture Fund.

Smola has served as a professor of music at the School of Music at the University of Nebraska at Omaha (UNO) since August 2016. In 2017 she performed as a soloist with the Omaha Symphony for the 2017 Longines FEI World Cup Jumping Finals. In 2018 she was a guest violinist for Billy McGuigan’s «Rock Twist» show and performed solo for the Aksarben Ball 2018 in CHI Center.

In March and April 2019 Olga Smola was part of the Blue Barn theater production “Indecent”, where she serves as an actor, violinist and music director. 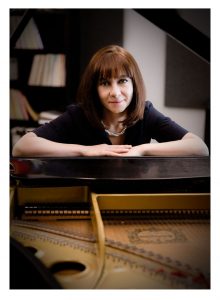 Yulia Kalashnikova is a native of Kazan, Russia. She earned her Bachelor and Master of Music degrees in accompanying, chamber music, performance and pedagogy from Kazan State Conservatory in Kazan, Russia, where she studied with Alfia Burnasheva and Yuzefina Sokolskaya.

Before coming to Omaha, Kalashnikova was a staff accompanist at Kazan State Conservatory as well as piano faculty at Palantai College of Music. As an accompanist, she performed extensively with Bel Canto Youth Choir, touring to China, England, and throughout the United States, including a performance at Lincoln Center in New York, New York. Currently, she is on the music faculty of Creighton University.

Kalashnikova is also an active performer in Omaha’s music scene, performing in the Organ Vesper Series and Omaha Chamber Music Society concerts, as well as with fellow faculty members, Omaha Symphony members, and college students. Most recently she performed with the late violin virtuoso Eugene Fodor at the Holland Center for the Performing Arts.