The Valencia Baryton Project has dedicated itself to the performance of music of the ancient and little-known instrument, the baryton. Played by only a handful of people worldwide, the instrument is a cross between a viola da gamba and a lirone, and was considered the pinnacle of aristocratic instruments of the 18th century. Today, the baryton gives the traditional string trio an entirely new dimension.

About the Valencia Baryton Project

The Valencia Baryton Project was formed by colleagues from the opera of the Palau de les Arts (Valencia) and the Orchestre Nationale de Montpellier with the vision of performing the nearly 160 works written by Franz Joseph Haydn for the baryton as well as compositions by other composers, both modern and classical. At the heart of the ensemble is the traditional baryton trio – baryton, viola, and violoncello – for which Haydn wrote 123 works of outstanding beauty during his time as the court composer for the Prince Esterhazy of Austria.

With Matthew Baker, one of only a handful baryton performers in the world, the Valencia Baryton Project have delighted audiences in North, Central and South America as well as Europe with what is considered to have been the pinnacle of aristocratic instruments of the classical era. Their work has been described as ‘endlessly fascinating’ (The Piano Trio Society, UK) and featuring a ‘masterful interpretation’ (Diario U Chile).

The Valencia Baryton Project has also expanded to include performances with invited guests such as theorbist Christ Hirst with which their work was featured on the UK’s largest classical music channel, Classic FM, with fellow baryonist Jeremy Brooker and even a Covid – lockdown video project involving triplicating their barytonist, Matt Baker, to perform the Haydn Cassations on all instruments. This was featured as one of the main attractions of the 2021 edition of the prestigious Festival de Semanas Musicales de Frutillar in Chile.

Individually, the members of the Valencia Baryton Project have performed in chamber ensembles such as the Quarteto Radamés Gnattali, Elan Quintet, Gogmagogs and Trio Vanguardia and with orchestras such as the RTVE Symphony Orchestra, Philharmonia Orchestra, and BBC Philharmonic amongst others. Beyond classical music, they have also worked with leading artists such as Gilberto Gil, Bob Mintzer, Terri Lyne Carrington, and Caetano Veloso.

The Valencia Baryton Project are pleased to have recorded Naxos Records’ first ever baryton CD, launching a new series for the label. 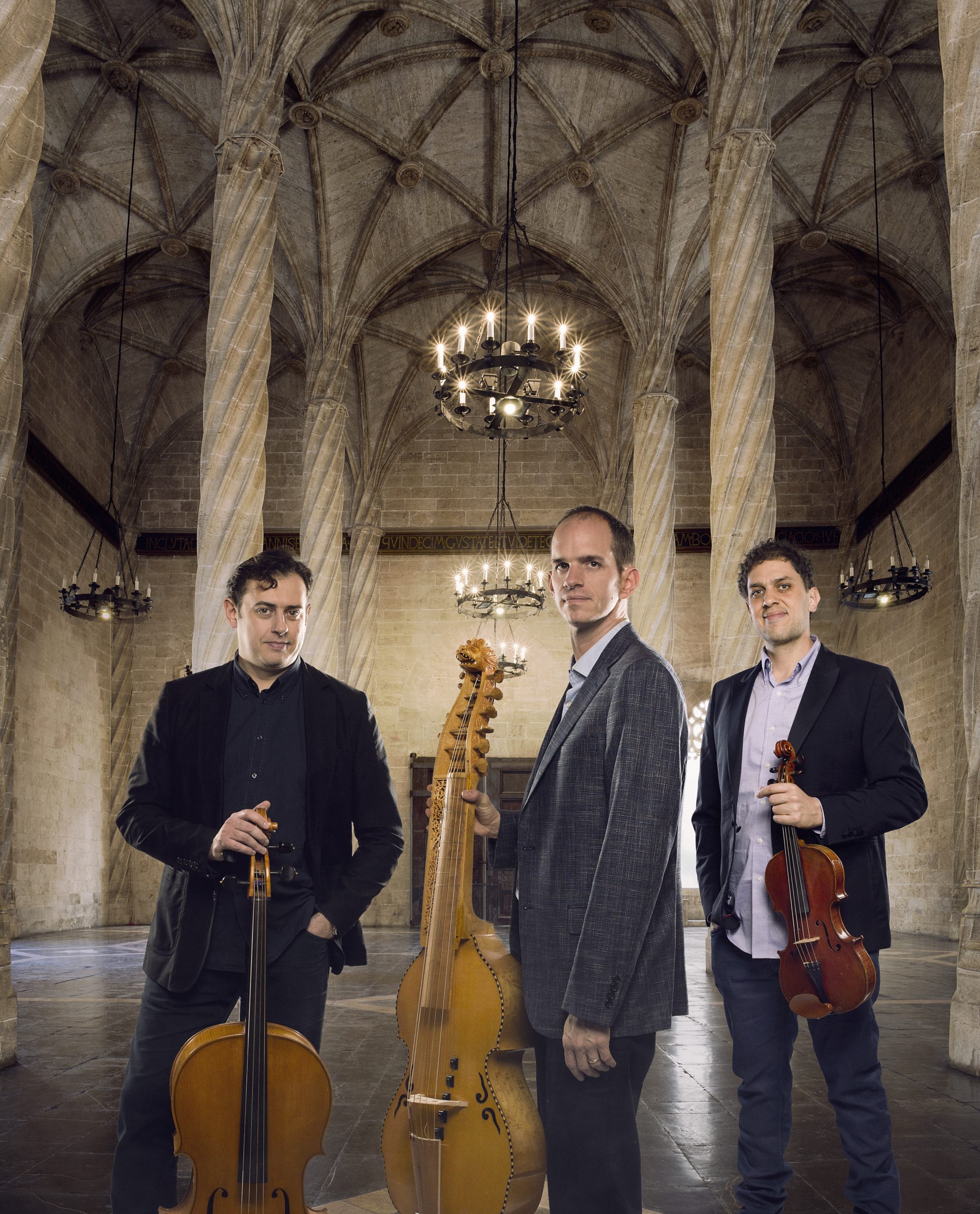 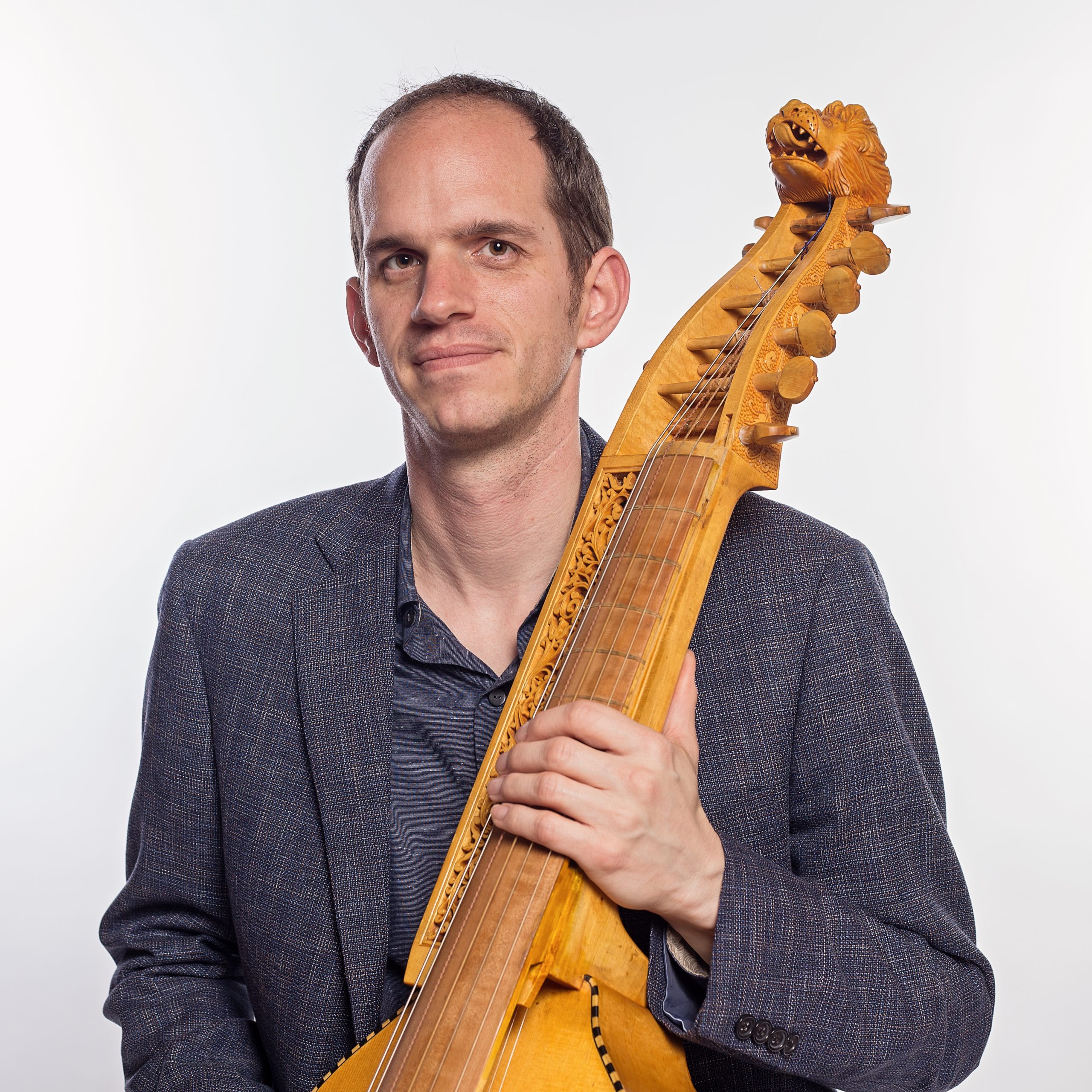 Matthew Baker began his professional music career first as a double bassist at the early age of 13 with the Sioux City Symphony Orchestra, beginning as a section player and later as principal double bass.

Matt leads a diversified performance career, having achieved recognition worldwide for his work in classical, jazz, folk, and theatrical performance in over 20 countries on both the baryton and double bass.  He has had critical acclaim from concerts and recordings in publications such as The Strad, Gramophone, The Times, Independent, and Bass World, among many others.

He has worked with Naxos Records over the last 5 years first with the Elan Quintet in their ongoing and critically-acclaimed project of resurrecting and recording George Onslow’s string quintets. Now with the Valencia Baryton Project, Matt has continued working with the world-class label to delve into the largely unknown repertoire of the baryton – a seldom played instrument of the baroque and classical era.

As a barytonist, Matt has not only performed the traditional works of Haydn, Lidl, and Tomasini amongst others but in 2019 he also premiered a new genre of music for baryton with French jazz pianist, Baptiste Bailly in what was reported by the Spanish press to be the first jazz baryton concert in the instrument’s history. Matthew has also collaborated with BBC Classic FM featured theorbist, Chris Hirst.

Beyond his work with the baryton, Matthew is the double bass faculty at Berklee College of Music Valencia and a member of the Orquesta de Palau de les Arts, the opera of Valencia.

Matt plays on an Owen Morse-Brown baryton and is an ambassador to Schertler Electronics and an endorser for Wiedoeft Rosin. 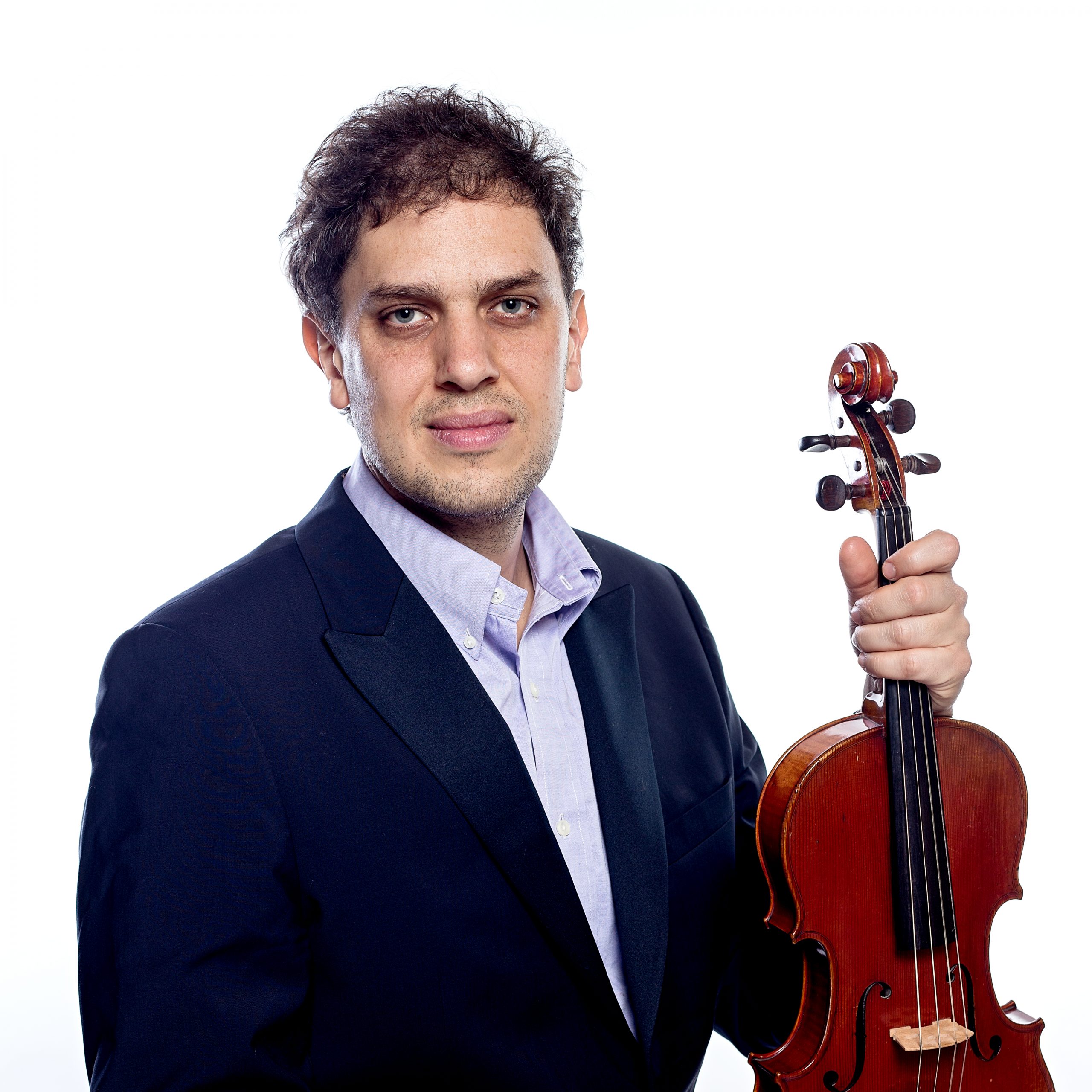 Born in Brazil, Estevan Reis studied viola in France and Denmark as well as in Brazil. His professional career started when he won the third solo viola chair in the Opera of Rio de Janiero after which he also became a member of the Orquesta Petrobras Sinfonica in Brazil.

Beyond his work as an orchestra musician in Brazil, Estevan was a member of the prestigious string quartet, Cuarteto Radames Gnattali from 2014 until 2016. Specialized in contemporary Brazilian music, the quartet performed as soloists with orchestras, residents in music festivals, recorded both DVD and CDs of the music of Villa Lobos and performed extensively throughout the country.

Estevan has had the honor of performing and recording with great Brazilian artists such a Caetano Veloso, Gilberto Gil, Carlinhos Brown, Ivan Lins, Milton Nascimento, Jacques Morelenbaum among many others.

From 2016 until 2018, Estevan worked with the Orquesta de la Communidad Valenciana (Palau de les Arts) and then went on to take the position of assistant principal of the Orchestre Opera Nationale de Montpellier, in France. In the same year he started as a founding member of the Valencia Baryton Project. 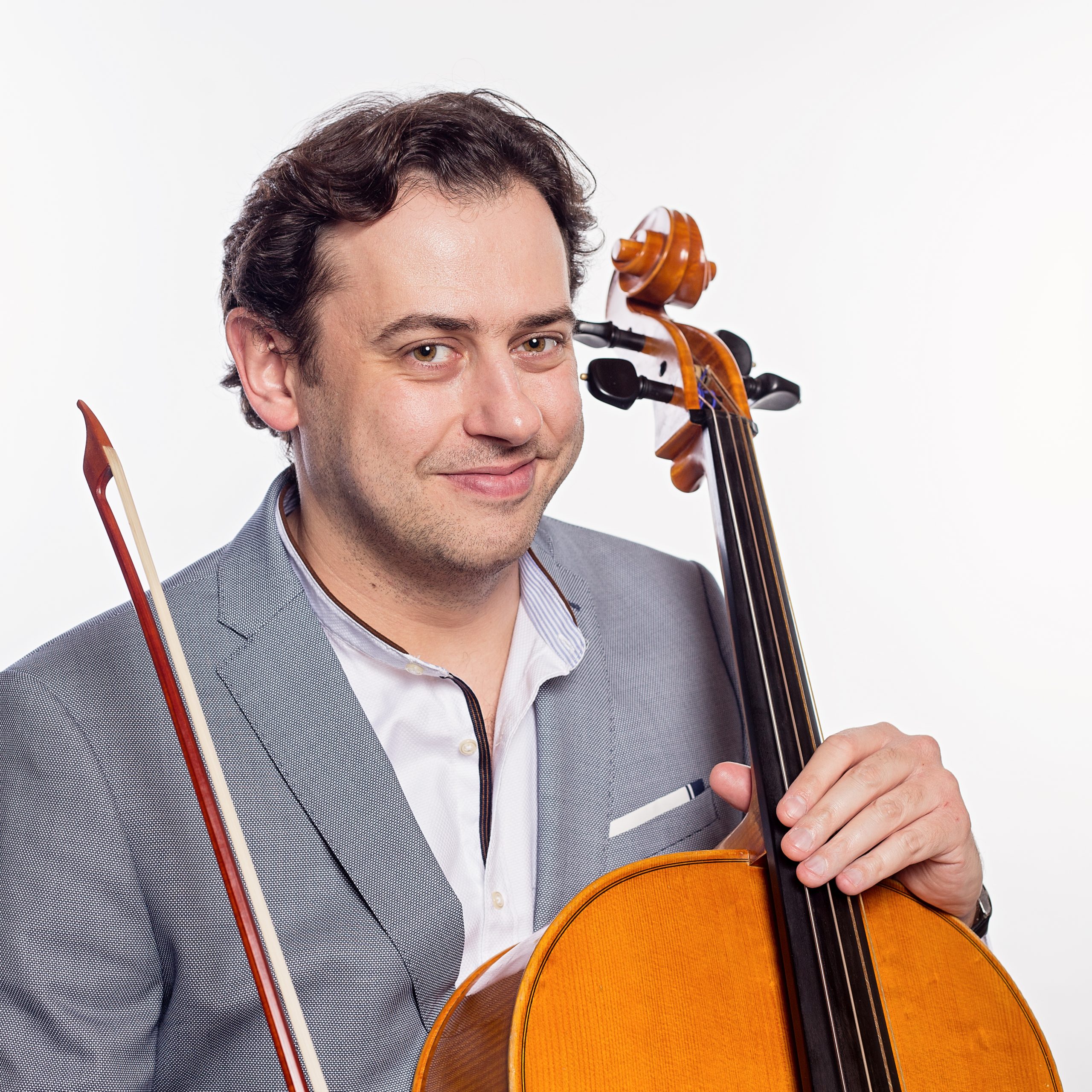 Alexander Friedhoff (violoncello) began his cello studies with his father, and later on went to study under Janos Starker and Lynn Harrell at Indiana and Rice University. He is a winner of the First Prize and Prize for the Best Interpretation of Spanish music at the Third National Florián de Ocampo Cello Competition.

As a member of the Trío Vanguardia, he won the First Prize in the Second International Antón García Abril Chamber Music Competition. After serving as Principal Cello of the Granada City Orchestra for two seasons, he was appointed a member of the Valencia Palau de les Arts Orchestra under the leadership of Lorin Maazel and Zubin Mehta.

He has given recitals throughout Argentina, Brazil, the US, and Spain. Mr. Friedhoff has been invited to teach the Houston, Madrid, and Valencia youth symphony orchestras, and has also been guest assistant principal cello with the Tenerife and Valencia symphony orchestras, guest principal with the Barcelona Symphony Orchestra and guest soloist with the Spanish National Television and Radio Orchestra.